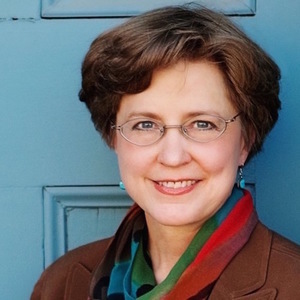 Heralded as “America’s preeminent evangelical Protestant female intellectual” (The Economist), Nancy Pearcey is author of soon-to-be-published (January 2, 2018) Love Thy Body: Answering Hard Questions about Life and Sexuality, Total Truth: Liberating Christianity from Its Cultural Captivity, which won a 2005 ECPA Gold Medallion Award, and How Now Shall We Live? (coauthored by Harold Fickett and Chuck Colson), which won a 2000 ECPA Gold Medallion Award, in addition to other works.

Pearcey has been a visiting scholar at Biola University’s Torrey Honors Institute, professor of worldview studies at Cairn University, and Francis A. Schaeffer scholar at the World Journalism Institute. Currently she is professor of apologetics and scholar in residence at Houston Baptist University, a fellow at the Discovery Institute’s Center for Science and Culture, and editor at large of The Pearcey Report.

Pearcey has addressed staffers on Capitol Hill and at the White House; actors and screenwriters in Hollywood; scientists at Sandia and Los Alamos National Laboratories; artists at the International Arts Movement; students and faculty at universities such as Princeton, Stanford, Dartmouth, USC, UGA, and St. John’s College; and educational and activist groups, including the Heritage Foundation in Washington, D.C.

Pearcey has published 100+ articles in outlets such as the Washington Post, the Washington Times, First Things, American Thinker, Human Events, Christianity Today, Books & Culture, World, Human Life Review, American Enterprise, The Daily Caller, and Regent University Law Review. She has served as an editorial board member of Salem Communications and a commentator on Public Square Radio, and she has appeared on radio and television, including Fox & Friends, NPR, and C-SPAN.

Formerly an agnostic, Pearcey studied in Heidelberg, Germany, in the early 1970s, and in Switzerland at L’Abri Fellowship under Francis Schaeffer. She earned a BA from Iowa State University, an MA from Covenant Theological Seminary, and pursued graduate work in history of philosophy at the Institute for Christian Studies in Toronto.