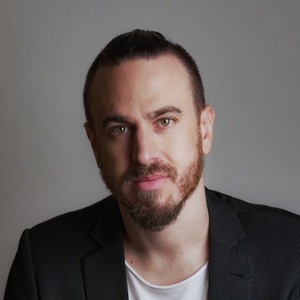 Each extraordinary artists in their own right, Nirva Ready—a Chicago native and daughter of Haitian immigrants—is familiar to fans around the world as a singer and dancer in TobyMac’s Diverse City Band. Joining the group shortly after her graduation from Nashville’s historic Fisk University, where she was a member of the renowned Fisk Jubilee Singers, Nirva has traveled with the iconic GRAMMY®-winning artist for more than a decade, and it’s an honor she doesn’t take lightly.

“It means a lot to be a part of such a huge team that influences so many through the art of music for the Kingdom of God,” she says. “I've learned so much musically as well as spiritually, and I'm humbled to share the stage with one of the most popular Christian artists in the field. It far exceeds anything I could have dreamed.”

Traveling a similar path, Seth Ready’s resume also boasts a who’s who of top Christian and gospel artists. Growing up in central Florida, the self-described “gospel music fanatic” spent hours alone in his room singing, emulating influences like Andrae Crouch, The Winans, and Fred Hammond. Such dedication to his passion afforded Seth a series of opportunities in college that ultimately landed him at the doorstep of one of urban gospel’s most groundbreaking talents, Kirk Franklin. Following a tenure with the multi-platinum artist’s Hopeville Tour, Seth has also been a background vocalist for such names as Chris Tomlin, Donnie McClurkin, and CeCe Winans, to name a few.

While Seth & Nirva began their journeys in different musical circles, it wasn’t long before their paths began to cross. “Nirva doesn’t remember the first two times we met, so I obviously made a big impression,” Seth says with a laugh. “I first met Seth in San Diego at a Billy Graham Crusade,” Nirva recounts. “We were each singing background for artists that evening—me for TobyMac and Seth for Kirk Franklin—and a mutual friend introduced us.”

Sonically, Never Alone explores the veteran background vocalists’ unique styles, with even more diversity than before. From the solid R&B groove of “Pour It Out” to the modern pop anthem of “Unconditional,” to the ballads and calls to worship on the album, Seth & Nirva carve out a distinctive blend all their own. “Our sound—much like us as a couple and as individuals—doesn’t fit any traditional genre category very well,” says Seth.“It’s a bit more diverse stylistically than a lot of artists and difficult to categorize, but this is who we are.”

In these, as in all the songs on Never Alone, Seth & Nirva drive home the eternal truth that God is present, on the move and that as believers, we are part of God’s story as He is part of ours. What theologian Dallas Willard calls ‘playing to an Audience of One,’ where He becomes our safe place, a refuge from lesser things, a place wherein our reverence for Him and dependence on Him becomes wisdom by which He empowers us to become all we are created to be.

“We want to be part of helping our brothers and sisters recover their courage,” Seth adds, “develop their character, grow in their understanding of the biblical worldview and connect with God on a daily basis through study and worship.”

“We want to use the gifts and tools God has given us—in the context of singing and making music—to serve and encourage the Church, as well as to take part in the renewal He is bringing about that will enable us to stand firm and impact our spheres of influence with the Gospel in a day when culture is set against us.”